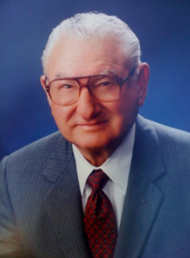 From Warren F. Reams’s In Memoriam, published in the Colorado Lawyer, July 2012 issue:

Warren Floyd Reams quietly passed away with his family by his side on February 2, 2012; he was 91.

Warren F. Reams was born in Fort Lyon, Colorado on August 15, 1920 to Floyd U. and Josephine (Nerger) Reams. He married Leatha Nora Dean of Gunnison on June 18, 1942 in Leadville. He joined and served in the Navy from 1943 to 1947 as the Chief Petty Officer and drum major on Catalina Island. He graduated from Western State College of Colorado (1950) and Westminster Law School (University of Denver) (JD, 1954).

Warren F. Reams enjoyed many activities with his family and he found solace in fishing and hunting. There is not an inch of Western Colorado he had not fished or hunted. From the inception of his legal practice, Warren garnered respect from his peers for his unerring litigation tactics. His previous life as a respected farmer, miner, and fly-fisher allowed him to walk the line with any jury, and he successfully litigated his client’s position at any level of justice. Honest, unrelenting, and an accomplished orator, his approach was meticulous. One of his favorite applicable quotes from Omar Khayyam is: “The Moving Finger writes; and, having writ, Moves on: nor all thy Piety nor Wit Shall lure it back to cancel half a Line, Nor all thy Tears wash out a Word of it.”